The theme is Contagious.

I will work on something that was in my head for some time now. Do you remember Final Fantasy 4 ? And this Dark Knight, Cecil ? I love this character. And I want to work more on this idea : Get Dark Powers to protect the ones you love, but in the end you realize you're causing more harm than good.

Dark Alliance is focus on battles, and survival. There will be a cycle day/night. At day, you can buy objects, talk with people, rest. At night, you go down in the dungeon, and kill monsters. The problem ? Liara, the dark knight of my story. Each time she uses a dark spell, her dark power increases. More dark power means that her attacks are more powerful, and that she will unlock stronger skills. But it also means that she will hurt her allies more by casting her spells, or even just by standing at their side. The castle and its inhabitants will also be impacted by this (corruption) and her teammates might leave her...

I'm still working on the story, but I made progress with the characters and all, and I installed lots of plugins on RPG Maker. I also created my own plugin to add dark powers ! 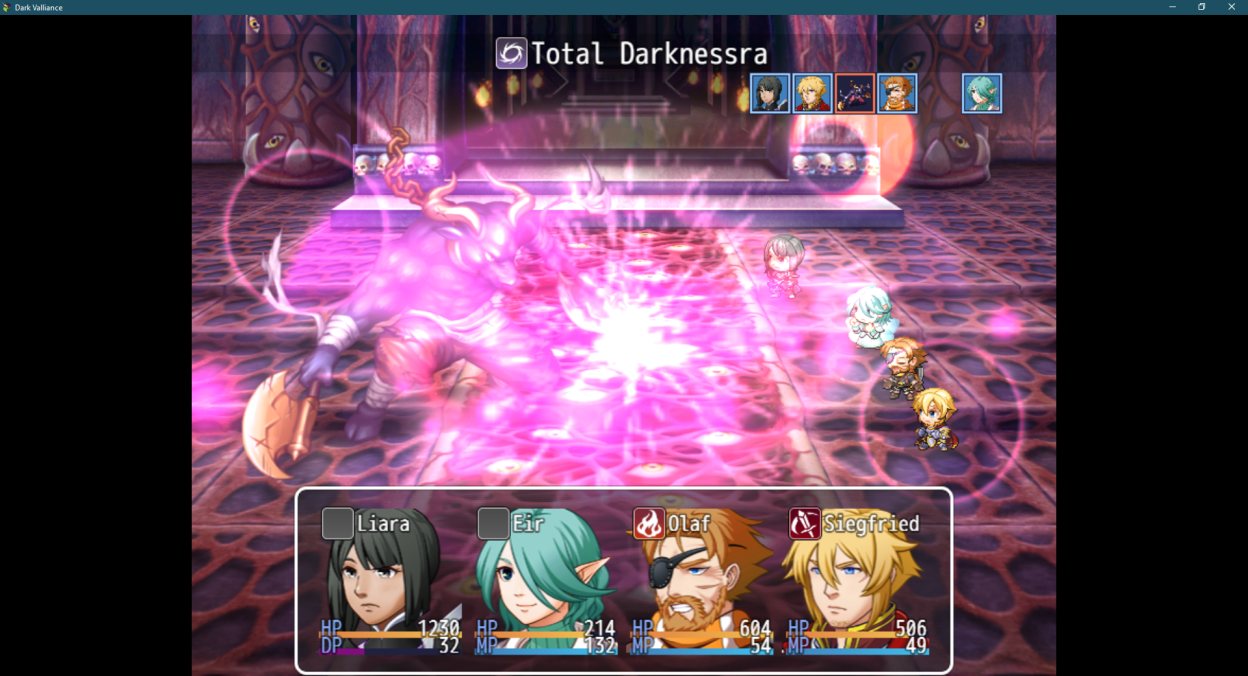 There is still a lot to do, so I won't detail how the Dark powers work and what consequences they have exactly... yet. ;)

Liara is a former knight, who fell into darkness.  Not strong enough to protect her people, she embraced dark arts and gained powerful spells. However, this power comes with a price... She's now corrupting people around her. The stronger her dark powers, the deadlier she is for her allies.  The king Leoric assigned her to the protection of his castle, who is being sieged from the inside. Monsters comes through a dark portal that appeared in the donjon.

Defend the castle, and stop Liara from destroying herself, and her people.

See you tomorow for another devlog about my progression !

Resist Darkness or embrace it. Will you be consumed by your own powers ?